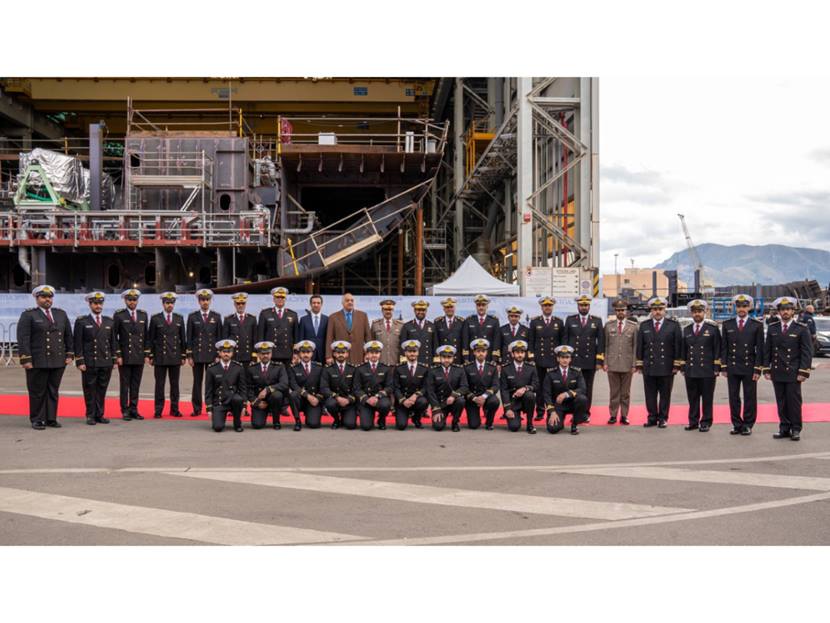 Rome, January 25 (QNA) – HE Deputy Prime Minister and Minister of State for Defense Affairs Dr. Khalid bin Mohammed Al Attiyah and HE Minister of Defense in the Republic of Italy Guido Crosetto participated in the inauguration ceremony of the transportation and strategic support vessel “Al Fulk” at the factory of Fincantieri Company in the Italian city of Palermo.

The ceremony was attended by HE Ambassador of the State of Qatar to the Italian Republic Khalid bin Youssef Al Sada, HE Commander of the Amiri Naval Forces Major General (Navy) Abdullah bin Hassan Al Sulaiti, HE the Qatari Military Attache to the Republic of Italy Major General Hilal Ali Al Mohannadi, along with senior officers in the Qatari Armed Forces.

From the Italian side, Chairman of the Board of Directors of Fincantieri company Claudio Graziano attended the ceremony, along with a number of managers in the company. (QNA)