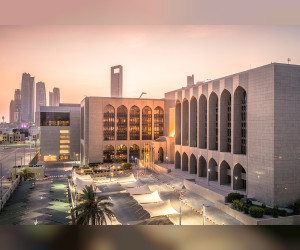 According to figures published in CBUAE’s November summary report on monetary and banking developments, gross credit rose by 0.5 percent from around AED 1.878 trillion at the end of October 2022 to around AED 1.887 trillion at the end of November 2022. Gross credit increased due to 0.8 percent rise in domestic credit, overriding the 1.7 percent reduction in foreign credit. Domestic credit grew because of 0.4 percent, 2.0 percent and 0.7 percent climbs in credit to the government sector, public sector (government related entities) and private sector, correspondingly; overriding the reduction in credit to the non-banking financial institutions by 3.8 percent.

Total bank deposits increased by 1.6 percent, mounting from around AED 2.204 trillion at the end of October 2022 to some AED 2.239 trillion at the end of November 2022. The growth was due to the rise in resident deposits by 2.5 percent, overshadowing the reduction in non-resident deposits by 6.2 percent. The deposits increased owing to 0.6 percent, 9.8 percent, 2.0 percent and 1.3 percent expansions in government sector deposits, public sector (government related entities) deposits, private sector deposits and non-banking financial institutions deposits, respectively.

The report also revealed that the monetary base expanded by 3.7 percent climbing from AED 468.8 billion at the end of October 2022 to AED 486.0 billion at the end of November 2022. The main drivers of this expansion were increases in currency issued and Banks & OFCs’ current accounts & overnight deposits of banks at CBUAE by 4.8 percent and 58.3 percent, respectively. Whereas, reserve account and certificates of deposit and monetary bills decreased by 23.7 percent and 1.9 percent, individually.

The Money Supply aggregate M1 increased by 0.9 percent (m-o-m) reaching AED729.7 billion at the end of November 2022. This was due to AED 1.7 billion and AED 4.9 billion rise in currency in circulation outside banks and in monetary deposits, respectively.