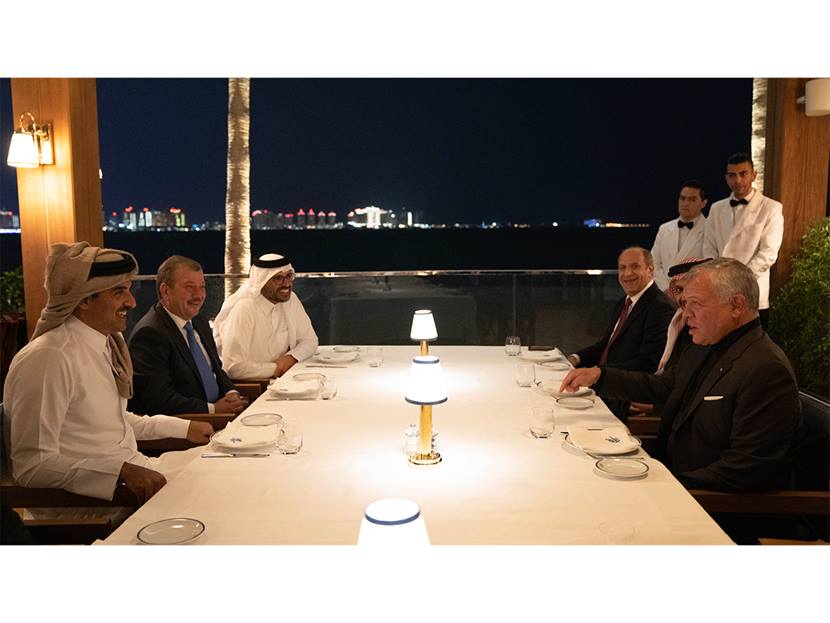 Doha, January 25 (QNA) – HH the Amir Sheikh Tamim bin Hamad Al-Thani and his brother HM King Abdullah II ibn Al Hussein of the sisterly Hashemite Kingdom of Jordan discussed, during a meeting held on Wednesday evening, means of promoting the fraternal bonds and cooperation ties between the two countries in various political, economic and investment fields to achieve the joint aspirations of the two brotherly people.

They also discussed the most prominent regional and international developments of common concern, in addition to aspects of achieving stability, security and development in the region.

HH the Amir held a dinner banquet in honor of the HM King of the Hashemite Kingdom of Jordan and his accompanying delegation.

From the Jordanian side, the meeting and the banquet were attended by HE Deputy Prime Minister and Minister of Foreign Affairs and Expatriates Ayman Al Safadi, HE Director of the General Intelligence Department Maj. Gen. Ahmad Husni, HE Director of the Office of His Majesty Dr. Jafar Hassan and HE Ambassador of Jordan to the State of Qatar Zaid Mufleh Al Lawzi. (QNA)