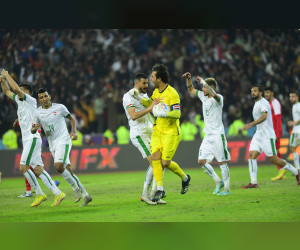 The match saw heated competition with the official 90-minute time ending with a 1-1 draw. The tie continued throughout the first half of extra time, until Iraq’s Amjad Atwan broke it by scoring a penalty kick in the 115th minute. In the 119th minute, Omar Al Malki managed to settle the score for his team, only to have Iraq’s Manaf Younis score the winning goal one minute later.

Iraq’s win comes after 35 years, as its last Arab Gulf Cup win was in 1988 in Saudi Arabia.