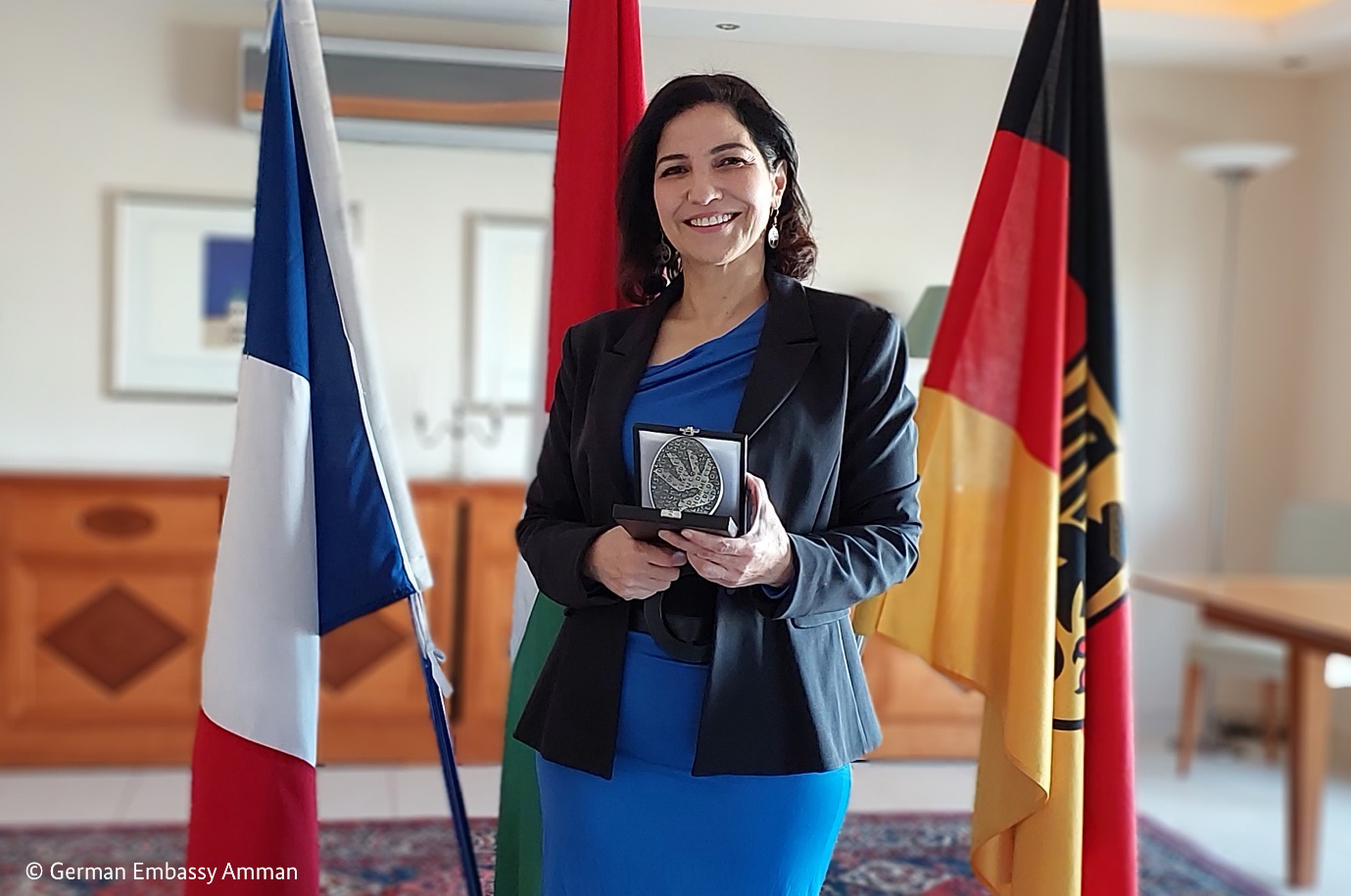 Amman, Jan 22 (Petra) — Embassies of France and Germany in Jordan on Sunday handed over the Franco-German Prize for Human Rights and the Rule of Law to Jordanian advocate Hadeel Abdel Aziz.

The ceremony was held on the 60th anniversary of the Elysée Treaty, signed in 1963 by the French President Charles de Gaulle and the German Chancellor Konrad Adenauer as a friendship treaty.

The Franco-German Prize for Human Rights and the Rule of Law rewards human rights defenders worldwide, who work every day, often in dangerous circumstances, to protect and strengthen human rights.

This year, the Ministers of Foreign Affairs of Germany and France have awarded one of the prizes to Ms. Hadeel Abdel Aziz, whose work as the Executive Director of the Justice Center for Legal Aid (JCLA) has been critical to grant access to justice to the most vulnerable in Jordan.

During the ceremony, the German Ambassador Bernhard Kampmann said: “We were particularly impressed by Ms. Abdel Aziz’ lifelong dedication to the rule of law and in particular her work to promote and protect the human rights of women and girls. With the work of the JCLA, she has, from within the Jordanian legal system, not only advocated for an institutionalised state-funded legal aid system, but has also been instrumental in growing the JCLA from a small organisation to a sustainable national model of justice organisation.”

The French Chargée d’Affaires Janaina Herrera added: “Support to the promotion and protection of human rights and to the rule of law is both a priority for France and Germany and a pillar of the EU-Jordan partnership. The prize underlines this joint commitment.”

Upon receiving the award, Hadeel Abdel Aziz said: “It’s not about one big act of heroism, but the one hundred small battles. This recognition shows us that our work is seen and helps us continue.”