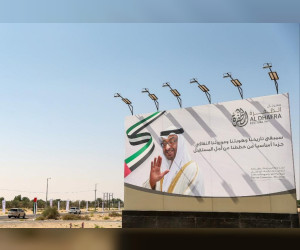 This decision reflects the keenness of the wise leadership to preserve heritage and support camel owners, encouraging them to raise and acquire the best breeds, as well as to enable more UAE and GCC nationals to participate in Al Dhafra Festival.

H.H. Sheikh Mansour directed that eight rounds be added to the Mafareed and Haqayeq camel contests, within the categories of local Al Majaheem in the closing mazayna of the 16th Al Dhafra Festival, taking place from 22nd January to 2nd February 2023.

With this increase, the total number of rounds for local camels will be 42, with 39 for Al Majaheem, six for hybrid camels, six for Wadh camels, and six rounds for Al Mahaleb camels, in addition to two Bayraq Al Emirates awards valued at AED6 million for the local and Majaheem categories.