Home » Minister of Social Development and Family: Human Is at Center of Qatar’s Attention, Social Work Is Pillar of Advanced Communities 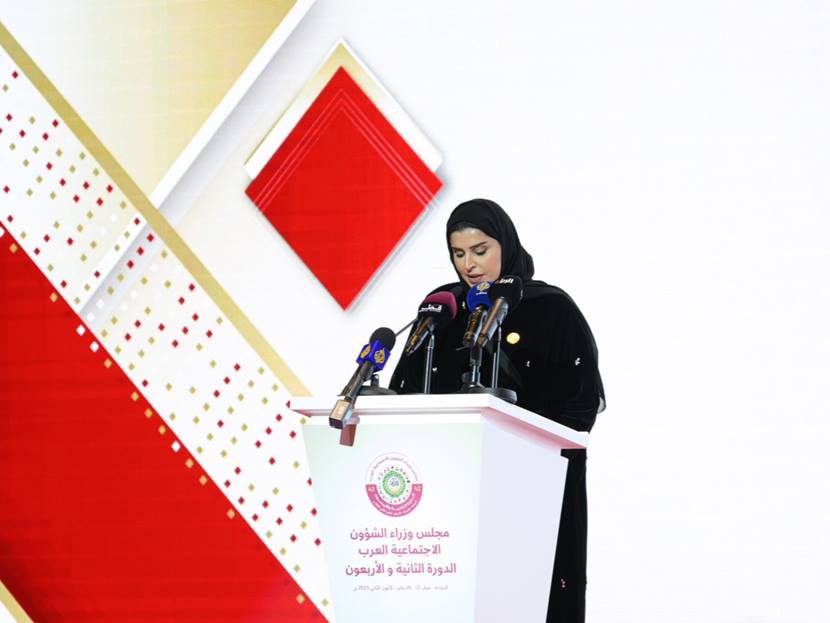 Minister of Social Development and Family: Human Is at Center of Qatar’s Attention, Social Work Is Pillar of Advanced Communities

Doha, January 25 (QNA) – HE Minister of Social Development and Family Mariam bint Ali bin Nasser Al Misnad affirmed that social work is the pillar of every advanced society, which seeks to achieve prosperity for its people, stressing that the State of Qatar places humans at the center of its attention and the basis of its development movement, as it believes that the human is the real source of wealth, the engine of history, and the builder of civilizations.

This came in HE the Minister’s speech at the opening session of the 42nd high-level meeting of the Council of Arab Ministers of Social Affairs, held under the theme ‘the rights of persons with disabilities and multidimensional poverty: further implementation of the 2030 agenda for the sustainable development plan and beyond’.

In her speech, HE Minister of Social Development and Family stressed that the State of Qatar will spare no effort to extend a hand of cooperation with its Arab brothers to deepen joint action in order to achieve prosperity for the Arab citizen and enhance its stability.

She added that during the World Cup, we have learned that nothing could prevent us from achieving our aspirations and hopes, this historical event has inspired us to change the stereotype about social work, as it is merely charitable work, rather, it is a comprehensive development work that moves the citizen to a position of independence and the ability to produce, and to join the procession of development and growth.

She said that the meeting held in Doha today aims to overcome any obstacles or social challenges that may face groups of society, especially persons with disabilities, affirming that the State of Qatar, under the leadership of HH the Amir Sheikh Tamim bin Hamad Al-Thani, was keen to translate its pledges towards supporting the noble international efforts striving towards this goal, stressing that the eradication of poverty in all its dimensions is a priority for the country’s efforts, based on Article 7 of the Permanent Constitution of the State of Qatar, which emphasizes cooperation with peace-loving nations.

Her Excellency concluded by saying that today’s meeting is evidence of the keenness of all participants to reach social work to its fullest goals, which contribute to human prosperity and ensure a decent life. (QNA)