Home » Relatively cold weather to persist for remainder of week 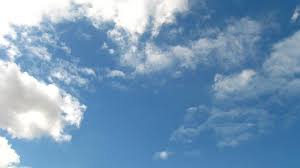 Relatively cold weather to persist for remainder of week

Amman, Jan. 24 (Petra) — Temperatures on Tuesday are forecast to rise 4-5 degrees above the annual average, bringing relatively cold weather conditions in most parts of the Kingdom, while it will be fair in the Jordan Valley, the Dead Sea and Aqaba, the Jordan Meteorological Department (JMD) said in its daily update.

Clouds at low altitudes are also forecast to appear, with southeasterly moderate winds, the JMD added.

Similar weather will persist for the remainder of the week, with a slight chance for scattered showers on Wednesday in limited parts of the eastern and northern regions.

Temperatures in the capital Amman today will range between a high of 18 degrees Celsius and a low of 6C at night, while the port city of Aqaba will see a fair 25C, sliding to 14C at night.