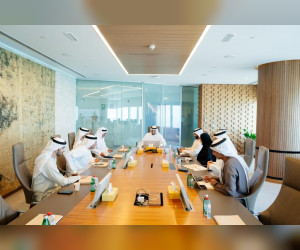 During the meeting, the board talked about the work of the federation and its vision to promote the sport and strengthen its local and international stature, as well as its objectives and strategic plan to ensure that the widest segment of society have access to practice wrestling.

Al Mubarak underscored the federation’s vision and the goals of the board’s restructuring while stressing the importance of advancing the sport of wrestling due to its ties with the Emirati heritage.

He also highlighted the importance of establishing a solid infrastructure for the sport and training qualified Emiratis to compete regionally and globally and represent their country in regional and international events.

The board approved the federation’s organisational structure, as well as its main priorities and objectives for the next five years, in line with the current local challenges facing the sport.

The board also approved its latest plan and agreed to establish a strategy according to the priorities.