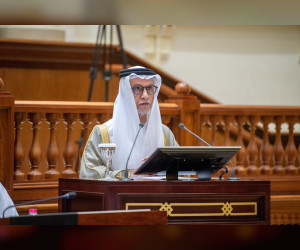 This came during its 8th session, held at SCC’s headquarters, as part of its work for the fourth regular session of the tenth legislative term.

The session was chaired by Ali Mehd Al Suwaidi, Chairman of the SCC.

The council discussed its recommendations regarding the policy of the DVA in Sharjah. It demanded, through its draft recommendations, to support the efforts of the suburb councils to play their role in finding out what the Emiratis need.

The council members discussed the items of the recommendations and dealt with several essential matters included in the recommendations by asking competent authorities to study the extraneous social and behavioural phenomena in each area and strive to develop effective preventive plans.

It emphasised inviting the local and federal government agencies to benefit from the headquarters of the suburb councils to provide their various services, in addition to allocating rewards for the councils’ members.

The recommendations touched on the importance of providing social and psychological specialists in the suburb councils to support the members’ efforts in settling family disputes and problems.

They also called for expanding the establishment of a suburb festival to include various cities and regions of Sharjah and not be limited to the city.

At the end of the discussions, the members approved their recommendations regarding discussing the department policy.